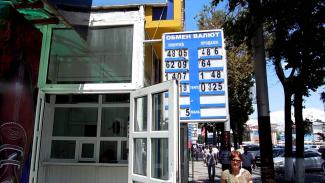 What is the currency in Uzbekistan?
The currency of Uzbekistan is the Uzbek sum (UZS).  Banknotes and coins are used in circulation. Banknotes of different denominations, on the back of which are represented architectural monuments of the country.
With which currency to go to Uzbekistan?
It is advisable to come to Uzbekistan with dollars and euros. When they are exchanged on the territory of the country, there are no problems. Banks are willing to exchange any of the above currencies for an Uzbek sum.
Where and how to exchange money in Uzbekistan?
The exchange offices in Uzbekistan are not too numerous. Usually, they are open in hotels. In addition, foreign exchange transactions are carried out by the banks. Please note that for financial transactions at the bank, you may need identification documents. On the street, so-called «street money changers» never change money - not only will you be offered the most disadvantageous course, and may also face problems with the local police (as such activity in Uzbekistan is considered illegal).
Use of the credit card.
In Uzbekistan, the use of bank cards is not very frequent, so it is advisable for tourists to always have money with them. Often the credit cards of the VISA and Master Card payment systems are accepted in the major hotels of the international networks of inexpensive restaurants, sometimes in the most touristic places. Simple shopping centers, cafes, or hotels do not serve bank cards. It is also interesting to note that ATMs are often located only in Tashkent. In Bukhara and Samarkand, there is almost no ATM, so it is better not to rely on the use of a bank card in these cities and to bring money.