At the Heart of the Silk Roads

Exploration of the Tien-Shan and Uzbek cities

Authentic Uzbekistan in a week

Circuit on the "Silk and spices" festival 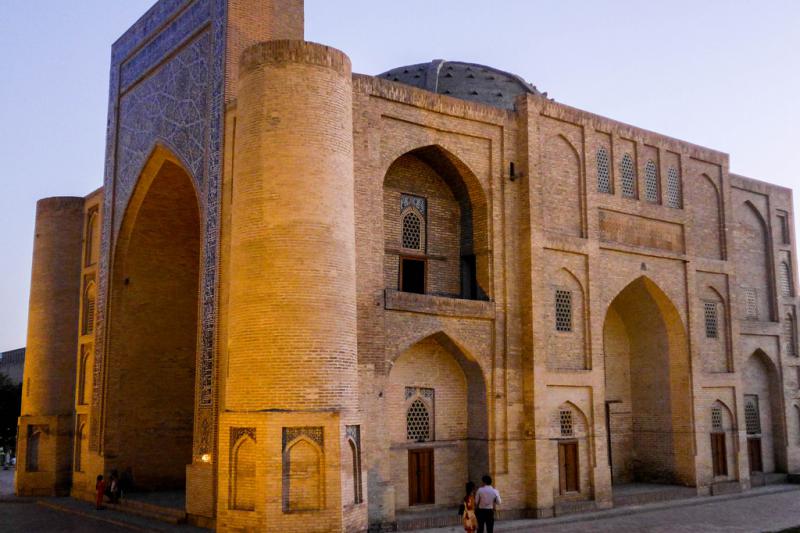 In the shade of mulberry trees, the city of Bukhara was an important stop on the Silk Road. A museum city that testifies to the rich past of Central Asia.

Bukhara- Buqaraq of the sogdienwhich would mean "fortunate place" and Vihara in Sanskrit which means a Buddhist monastery.

It is a city in Uzbekistan, located in the south-central part of the country. It is located on the lower reaches of the Zarafshan River, in the middle of an oasis, on the eastern edge of the Kyzyl Kum desert. It was connected by caravan routes to Mervet to the valleys of the rivers Amu-Darya and Syr-Darya (Naryn)

In the ninth century, the city becomes the capital of the Persian Samanid dynasty (875-999) and the appearance of the city is changed again: eleven access gates are observed, the "rabad" (suburb) extends around the inner part ("chakhristan"), the population increases significantly, professions determine the place of residence, many mausoleums and mosques are built (including the mausoleum of the Samanids)

In 999, the city was invaded by the Qarakhanids. At that time, monuments, still visible today, were built: the minaret of Arslan-Khana (Kalian minaret), the mosque of Magoki-Attari, the mosque of Namezgokh, the mausoleum of Chashma-Ayub (the source of Job)

Bukhara gave its name to the bougran, a strong canvas used in the lining of clothes, spelled boquerant by Marco Polo.

Bukhara is also the generic name given to Turkmen carpets, the main trading center of which is the Ashgabat Bazaar. These carpets are subdivided into teke andyomouth, the names of the two main Turkmen tribal families. Their very typical style can be easily recognized because the decoration of the field consists of the repetition of the same decorative motif, the goul, emblem of the weaver tribe.

The 140 monuments protected by UNESCO testify to the historical and cultural richness of this city. 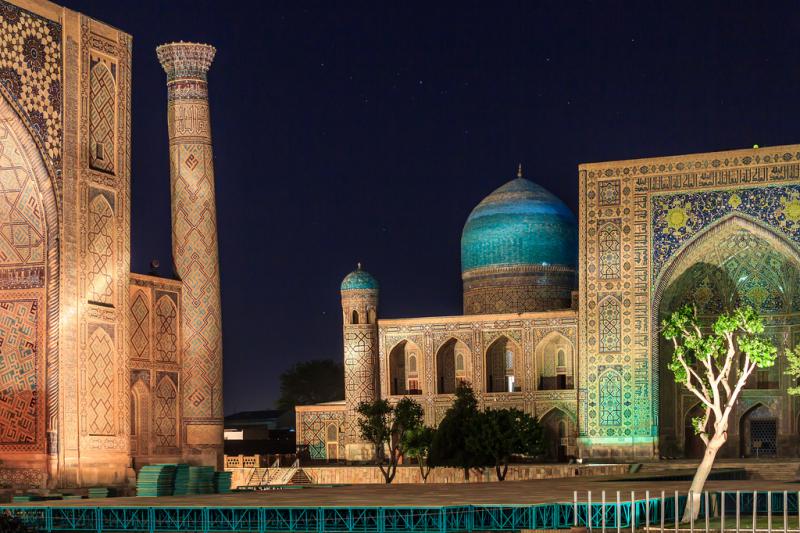 Samarkand is famous for its surprisingly long history - it is one of the oldest cities in the world, founded 8 centuries BC. In the old days, this city was the most important point connecting East and West, and the Silk Road passed through Samarkand. Therefore, here, as nowhere else, a huge number of cultural and historical monuments have been preserved - such as mausoleums, museums, mosques, the ruins of ancient settlements and much more.

Samarkand was proclaimed in 2001 by UNESCO crossroads of cultures and world heritage site. 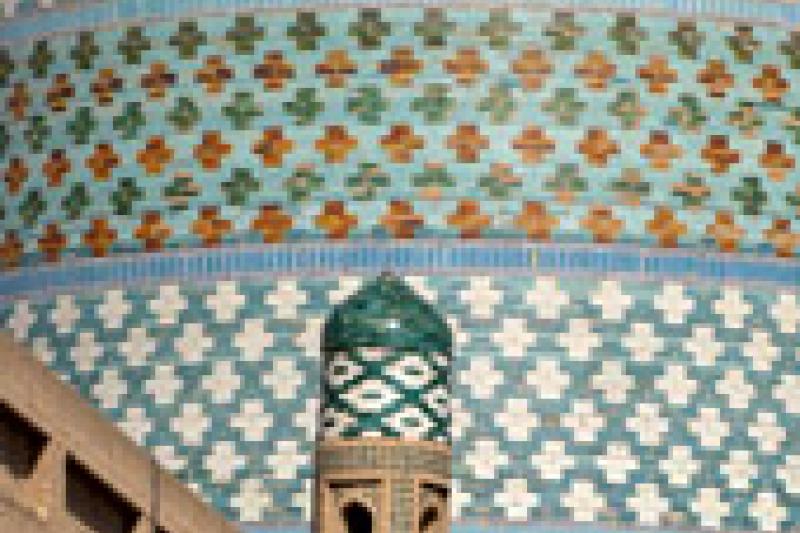 All of Mohammed Amin Khan

Located in the western part of Ichan-Kala, include the madrassas Muhammad Amin Khan (1845-1855 ) and still impresses with its grandeur.

The SherDor madrasa- Islamic educational, spiritual, educational and memorial religious building of the XVII century in Registan Square of Samarkand. 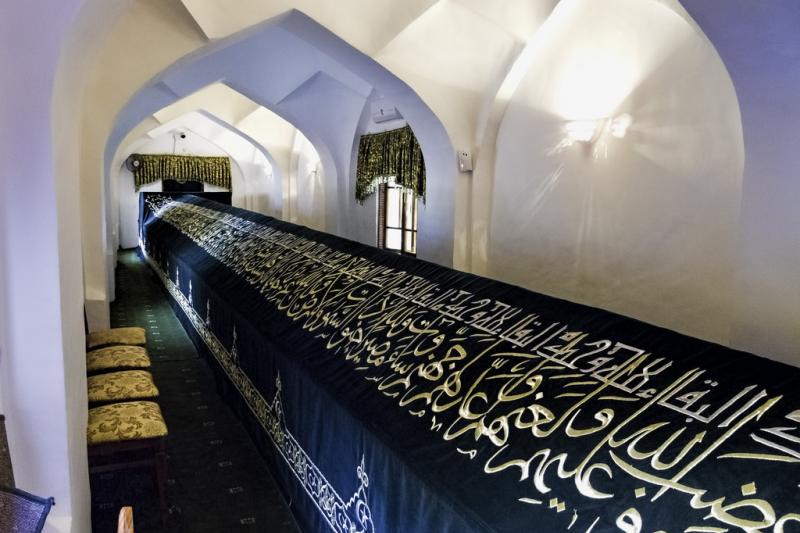 Around 1400, the Turkish-Mongol emperor Tamerlane brought back from Persia to Samarkand a supposed relic (an arm, or the whole body, according to the versions) of Daniel, who is called Doniyor in Uzbek. So we also find, near a pistachio tree and a reputed miraculous source, a tomb of Daniel in Samarkand: the mausoleum of Khodja Daniyar. It is contained in a long and low building topped with five domes, on the banks of the Sieb Aryk River, it contains an 18 m long sarcophagus, the longest in the world. 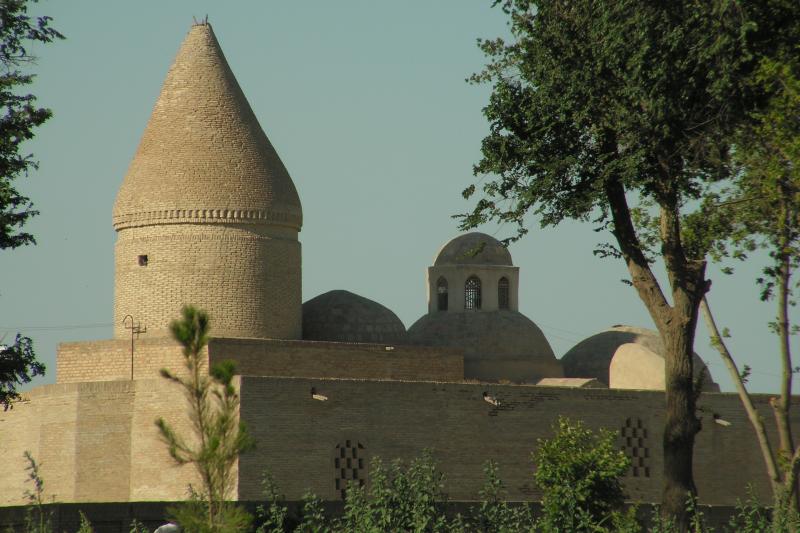 Chashma-Ayub Mausoleum is located near the Samani Mausoleum, in Bukhara, Uzbekistan. Its name means Job's well, due to the legend in which Ayub visited this place and made a well by striking the ground with his staff. The water of this well is still pure and is considered healing. 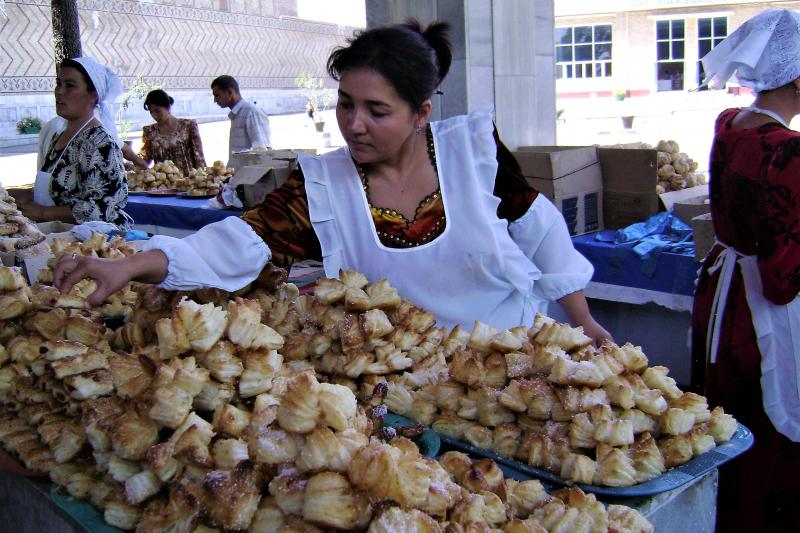 Siyob Bazaar , also called Siab Bazaar, is the largest bazaar in Samarkand, Uzbekistan. All daily necessities, such as "Samarkand naan", are sold. Siyob Bazaar is located adjacent to the Bibi-Khanym Mosque, and is visited not only by local people but also by domestic and foreign tourists. 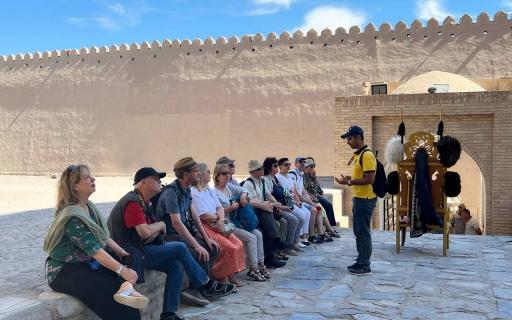 According to the decision of the Republican Special Commission, from June 10, 2022, temporary r 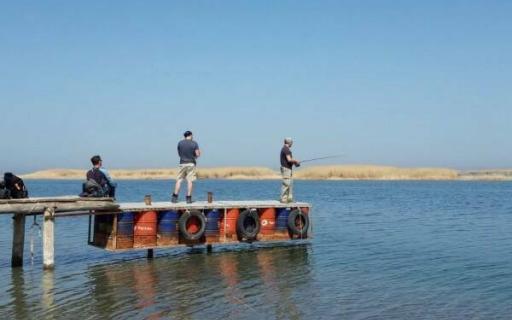 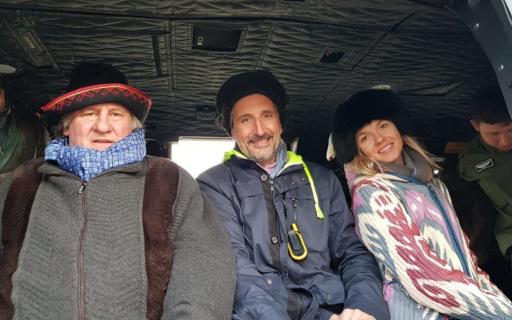 Behind the scenes of the documentary "Gerard Depardieu: My Uzbek Dream"

After  the documentary  "Gerard Depardieu : My Uzbek Dream" was shoot, Arnaud Frilley reveals Uzbekistan, which