Osh, the second largest city of the Kyrgyz republic, is one of the oldest settlements of Central Asia. It is located in southwestern Kyrgyzstan near the Uzbekistan border in the eastern section of the Fergana Valley. This one of the Central Asia's most interesting cities because of its long history, dating back as least to the 5th century BC - its position as an important crossroads for Silk Road trade and its huge market. For centuries it was a major silk-production center, strategically situated on a trade route to India.

Sights are: the huge bazaar, Sulaimans Throne (a 200 m hill called Takht-i-Suleyman (Solomon's Throne), where the Prophet Muhammad is thought to have prayed and where Muslim pilgrims began visiting in the tenth century), Baburs House (at the top of Sulaimans Throne), several monuments (especially the one of Kurmanjan Datka –  Kyrgyz feminine ruler and engaged warrior against the Russian invasion), the Russian-orthodox church, the biggest mosque of the country (situated right beside the bazaar) and the Rabat Abdul Khan Mosque (16 th century).

The population of Osh is mostly Uzbek. Osh has two universities, a sanatorium, and an airport. Economic activity has been aided by beneficial reforms and consists of the Jayma bazaar; silk trade; mining of zinc, lead, and coal; food processing; and the production of silk, cotton, and wool. 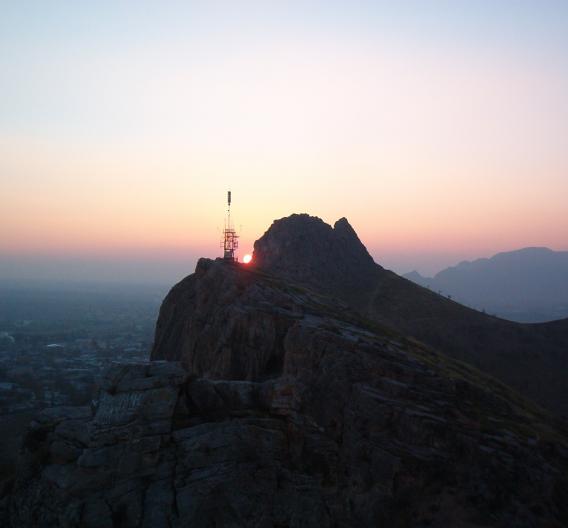 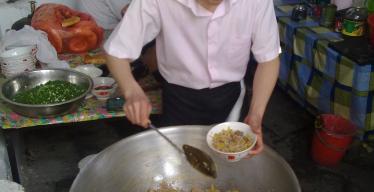 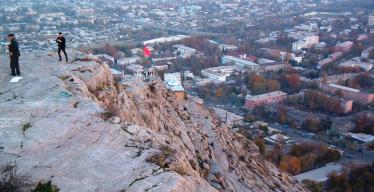 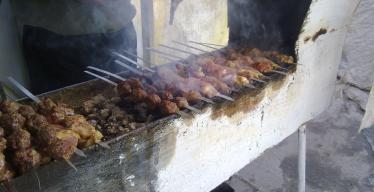